Break-Out With a Surprise Twist! 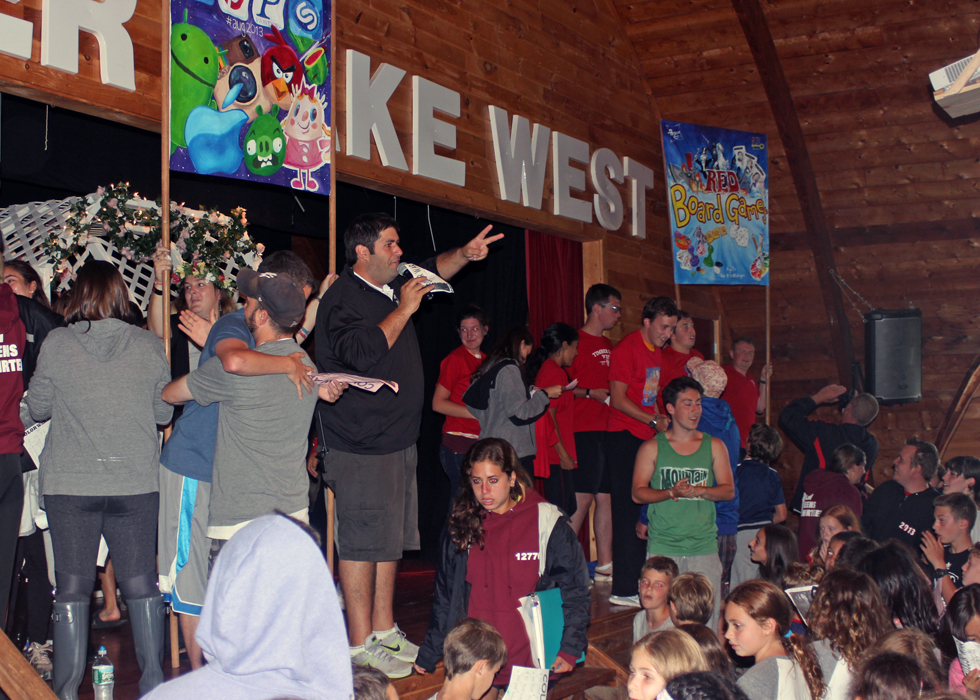 It was a magical day at Timber Lake West yesterday – with an added twist…  After a morning filled with  activities, all campers were called to the commons for snack.  The anticipation was building for COLOR WAR as the big red van drove down the hill into the commons.  All the campers began cheering “1-2-3-4 we want color war” only to realize it was just another FAKE OUT!!

At the end of snack, the entire camp was called to the social hall for the TLW version of “The Dating Game.”  Campers roared with laughter as Owen, our head of ropes, was chosen as the eligible bachelor and asked questions to girls’ upper staff Teri, Carla, and Amanda.  In the second round, the girls middle camp head counselor, Kristina, was chosen as the contestant.  After asking her three contestants, Lee, Double V, and Adam H., many questions, she chose bachelor number three.  Kristina and Adam were brought center stage back-to-back so Kristina could see who she chose when suddenly a voice was heard shouting to STOP!!

The curtains suddenly opened and behind the stage was Kristina’s long time boyfriend, Tony (who is the head of soccer).  Tony was standing under a trellis decorated with roses and lights.  The whole camp began to stand and cheer, as they witnessed Tony declare his love for Kristina and the importance of camp to their relationship.  He finished by getting on one knee and asking Kristina to marry him.  Kristina of course said YES and made Timber Lake West history!

The entire social hall was cheering, screaming!!!  We were so excited for them!!!  To the point of almost not realizing that Justin had also shouted “THIS IS THE BEGINNING OF COLOR WAR AUGUST 2013!!!”  Then the flyers began floating through the air and the banners were unfurled.  Let the competition begin for White Apps vs. Red Board Games!! 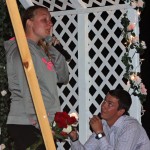 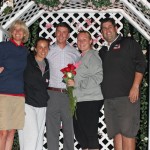 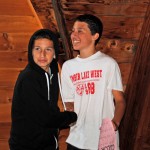 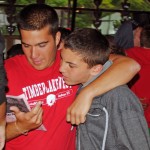 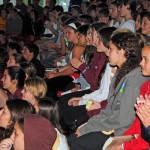 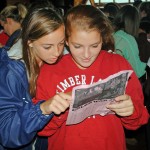 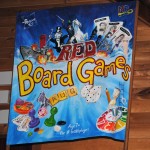 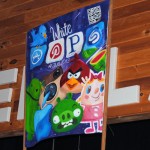 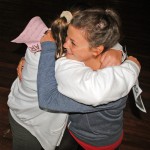 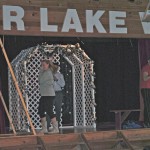 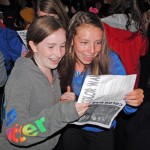