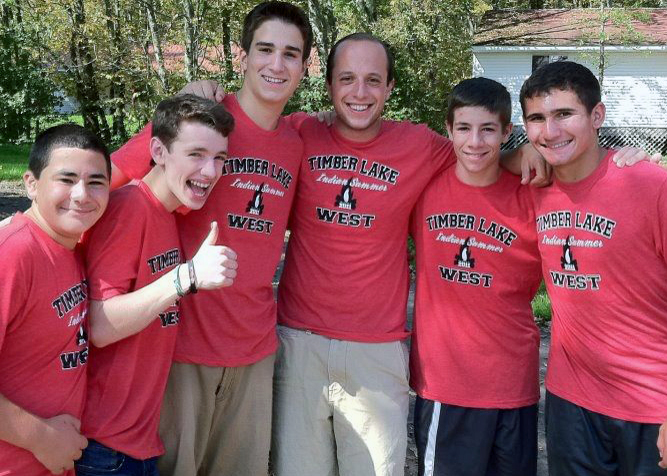 Hey everyone! My name is Brian Jacobson; I am 22 years old and currently live in Amherst, NY, originally from Allendale, NJ! 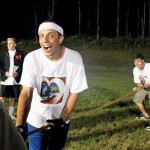 I have been a part of the Timber Lake West family since 2000, when my parents signed me and my twin brother up for the July session. I was scared and nervous; sports and arts & crafts weren’t my “thing” and neither was being away from home for a night (Let alone a month!) But that month at TLW changed my life – I fell in love with my new summer family and for the next six years I continued on as a camper until I decided I wanted to be a counselor!

Being a counselor at Timber Lake West without a doubt changed my life for the better. First, and most importantly, it has provided me the opportunity to meet and work with the most amazing campers.  They have changed my life in ways that I never, ever thought they would.  The first campers I worked with when I was 16 are all grown up and about to have their last summer as campers—and that just blows my mind… I almost feel like a proud parent, having watched them grow up. As I’ve followed ‘my campers’ throughout the years, I’ve gotten to see how they’ve grown into the young adults they are becoming. That alone makes the summers at TLW worth it, over and over again. 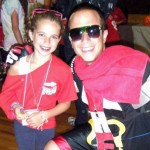 A lot of times, you don’t realize the impact you’re making on the campers, but trust me…it’s there. They emulate your excitement. If you are excited for Color War, they get excited for Color War. If you show good sportsmanship, they show good sportsmanship. This idea of being a role model to them carries over from year to year, and you know it as soon as they tackle you with hugs when they run off the bus on the first day of camp!

The friendships and staff connections that I’ve made at TLW are also truly unbelievable. Who would have ever thought I would be spending New Years Eve 2011 in London with some of my cool British friends like it was no big deal?  The relationships that I’ve made as a staff member remain a constant source of support in my life. 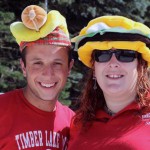 Finally, I cannot stress enough how TLW can change you into a totally different – more awesome – individual. While it still amazes me that I’ve been with Timber Lake West for over half my life, the changes I’ve seen in myself are even more amazing. I went from being a very introverted 10 year old boy to an outgoing 22 year old young man who has a led a Color War team, and the confidence I developed at TLW has helped me become a leader in other parts of my life too.

Getting to see the TLW experience come full circle makes me smile just thinking about it. I finally see why I thought my counselors were so amazing and just try, every summer, to make the summer as good for my campers as my summers as a camper were for me. One thing never changes though… I get the butterflies driving up the hill every summer because I’m worried the two months won’t compare to the summer before… and EVERY time I’m proven wrong. Camp is my home and I cannot WAIT to get back to TLW this summer, for the most incredible summer yet!