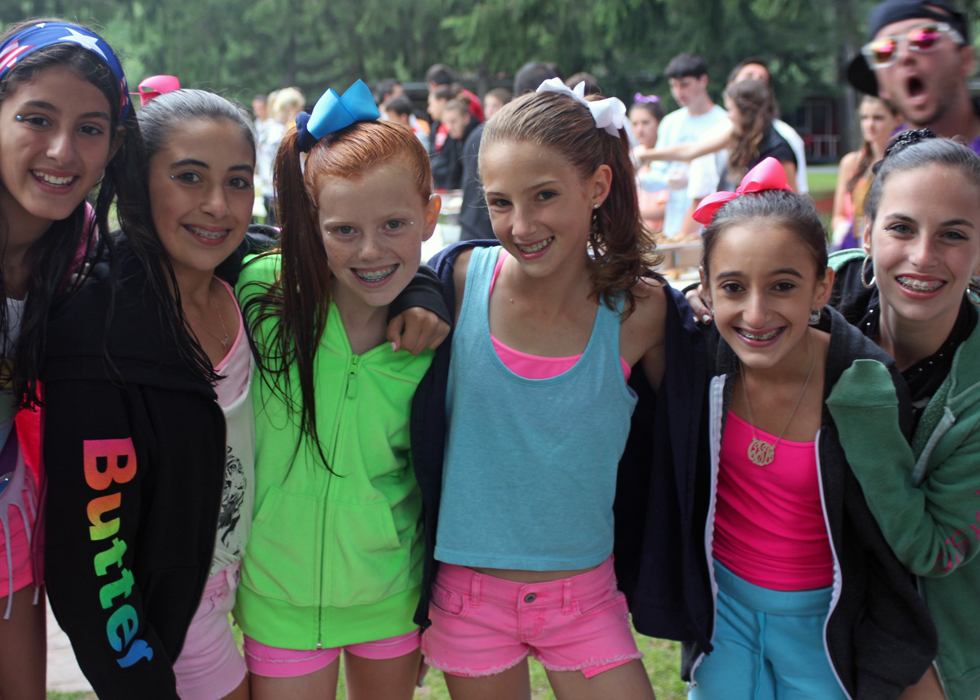 Were the 80’s like totally awesome or what!  That decade saw the rise of fabulous bands such as Madonna, Cindi Lauper, Duran Duran and plenty of other rock legends thanks to a television show called MTV.  It was all about big hair, leather & lace, great music, Space Invaders, Pac-Man, punk rock and fluorescent colored clothing… “Like totally man”.

So what did we do the other night at camp? We fired-up the Delorean and headed back in techno-time with an amazing 80s themed BBQ!

Our campers arrived in style where they broke out their hair spray & gel, leg warmers, off the shoulder shirts, colored and acid washed jeans, parachute pants, spandex, bright makeup, colored sunglasses, fanny packs, and partied like it was 1985! As far as we were concerned – The Tackier the Better!!!

The outfits were crazy and colorful, hair was big, and the music was loud and energetic. People during the 80’s knew how to have a good time and let loose – and quite frankly, so did our West campers too!

There is nothing more fun than re-creating an exciting era like the 1980’s by throwing a totally awesome party! Great campers, rocking clothes, awesome decorations, energetic entertainment, delicious food, and we had ourselves an incredible 80’s bash! Party on Dude! 8) 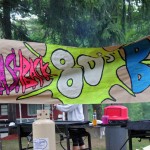 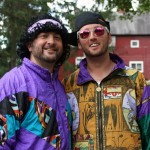 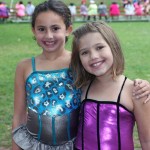 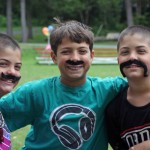 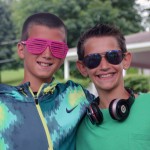 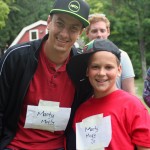 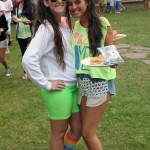 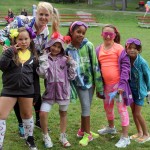 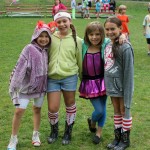