Explore some of the Color War Episodes from Camp sessions through the year. 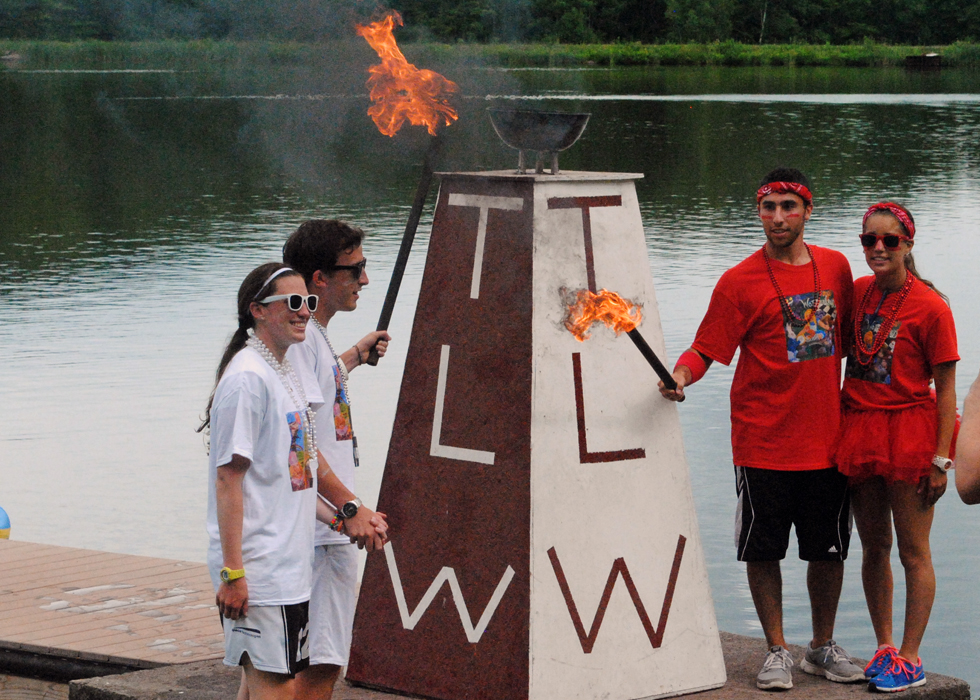 Since 2nd Session Visiting Day, campers have been left clues around camp with a letter and a number corresponding to what Color War it was. Starting with “I-49-E”, meaning: Industrial Red, the 49th Color War, Eco White, which just happened during the 1st Session of this summer – the campers continued to watch history unfold one clue after another. This all led up to a ‘rewind’ video which was played for the entire camp which displayed all 100 banners from over the last 25 years here at West. 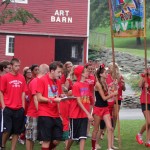 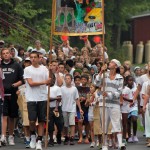 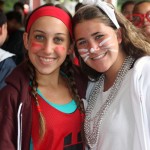 The first Color War had the teams of Red California vs. White New York. In honor of the very first Color War here at camp, we proudly announced the teams for the 50th Color War as LA RED VS. NYC WHITE.  Throughout the week, campers also enjoyed numerous fake-outs (what campers thought was Color War Break-out, but were faked-out instead!) all around camp including a “sighting” of the lake monster, an early morning siren which woke everyone up, and a flash mob after the camp play.