Why We Swim For Morry’s Camp | Timber Lake West

Why We Swim For Morry’s Camp

We thought you would like to know why we swim for Morry’s and the importance of teaching our campers the value of giving back by sharing Morry’s story with you. 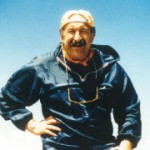 On October 31, 1994, the camping world lost a true hero. For 30 years, Morry Stein was the owner and director of Camp Echo Lake in Warrensburg, New York, one of America’s premier children’s summer camps, and a national leader in the American Camping Association. Morry died in the crash of American Eagle Flight 4184 in Roselawn, Indiana.

Morry and his wife Amy rose to the forefront of their field by establishing Echo Lake as one of the finest camps in the country. Morry acknowledged the long-term impact that camping made on the lives of the upper middle class youngsters served by Echo Lake. He very much wanted this experience to be shared with children from all socioeconomic groups. In 1970, Morry created and implemented the Echo Lake Idea, a week-long scholarship camping program for children from disadvantaged communities.

For Morry, this program was just the beginning. His goal was to give no less than every American child, regardless of economic status, the invaluable gift of summer camp. Morry was the Chairperson of the American Camping Foundation, an organization that raised over $1 million to send underprivileged children to summer camp. On October 28, 1994, he traveled to Martinsville, Indiana to head the Foundation’s Annual Board Meeting. The meeting was charged with excitement as the organization was nearing its fundraising goal, and the gift that Morry felt was so needed was about to be given.

Morry’s life was taken on his return flight home, before he could fulfill his mission. In 1995, inspired by his dream and to ensure that his vision of summer camp for all children became a reality, Morry’s friends, colleagues, campers and family created Morry’s Camp.

In Fall 2007, the name Project Morry was adopted to communicate the full scope of our year-round youth development organization and reflect the comprehensive educational programming.

Swimming for Morry’s Camp Over the Years

Our campers’ experienced great success at our annual Morry’s Camp Swim-A-Thon. Our Camper’s participation in this event is strictly voluntary and what mighty volunteers they proved to be! This summer our campers swam close to 10,000 laps, 9830 laps to be exact!

In 2014 our teen Campers led the charge, organizing and hosting our annual Morry’s Camp Swim-a-thon. Our camp community came together and swam over 4500 laps in one afternoon for this great cause. The Teens created a well orchestrated marketing campaign with signs everywhere, and when we say everywhere we mean everywhere! 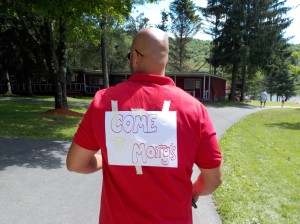 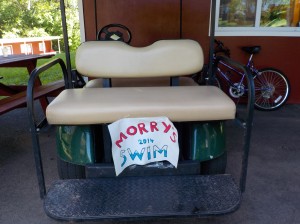 It was a festive neon themed afternoon at the pool. The Teens thought of everything from music, to an DJ announcing the most laps swum and how many laps you had to swim in order to push your favorite staff member into the pool. Tasty treats were also provided for all swimmers. 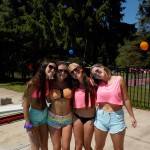 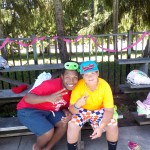 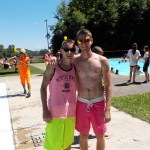 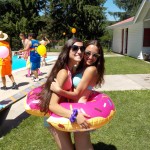 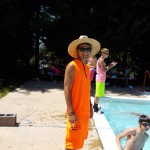 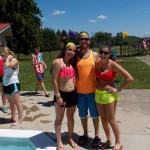 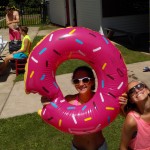 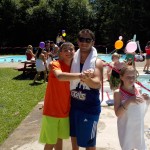