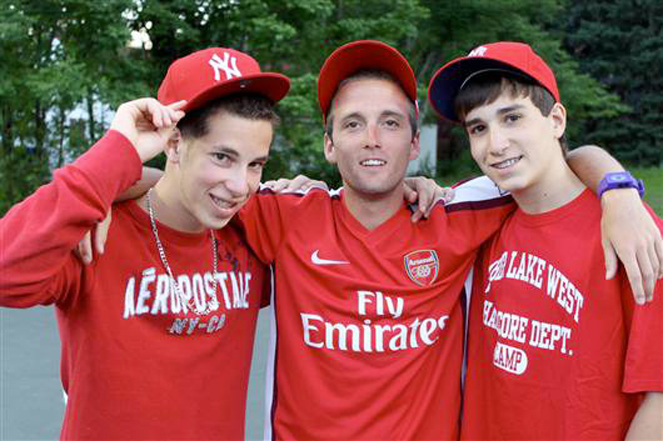 Hey Everyone – Adam here!  Yes, that’s me in the middle!  But you probably have no idea that “Adam” is my real name since everyone at West knows me as “Double V.”  But more on how that name came to be later…  I’m from Glace Bay, Nova Scotia – born and raised there!

Outside of camp, during the school year I am a French and Social Studies teacher for middle and high school. I attended a French university called Université Sainte-Anne in a small town in Nova Scotia.  My hobbies and interests include soccer, hockey, golf, darts, movies, music and just sports in general. 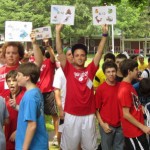 I’ve been at West since 2006 when I started as a General Counselor before becoming a Teen Group Leader. I remained as a Group Leader up until last summer when I became the Boys Middle Camp Head Counselor.  What I love most about camp are the interactions you get to have with so many unique people – of all ages – that they have such a great influence on your life. Working at TLW truly has changed me for the better, as these experiences have had such a great affect on my life in so many ways.

It’s hard to think of what the most profound memory or moment I have from working at West has been, but I can say that I will always remember the Teen Men activities, such as the Man Pool (it was a tiny kiddie pool that we all tried to squeeze in to!) – those were such great times!  I also can’t forget how seeing my campers mature into young adults not only from summer to summer, but also within the few short weeks each and every summer, has been mind-blowing.  Many of my campers then become my colleagues as they continue on here at camp and become counselors. 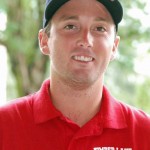 Ohhhhhh, and my Nickname – In short, when I first interviewed for a position at TLW in 2006, I was asked how to pronounce my last name Krewenki (pronounced Kre-Vank-ee). So I told my interviewer that if you think of the W as two separate V’s, you’ll get it right. Nothing was said to me there, but when I was hired and arrived at camp my 1st summer not knowing anyone, I arrived at camp and Jenn greeted me by saying “Hey Double V!”  I had no idea what she was talking about until I remembered my interview and what I had said.  Since then, I’ve been known as  “Double V”!  Even parents on Visiting Day all call me Double V and the majority of the campers still don’t know my actual name!

My advice for any child or student thinking about spending a summer here at Timber Lake West, would be: Don’t hesitate to do so!  If you are looking for an unforgettable experience of a lifetime, look no further than TLW. The only problem that I, along with others (both staff and campers), have is that you can’t be at West all year round!